The project's name is a reference to part of the Mt. SAC Cross Country Invitational course, the twists and turns involved in a car restoration project and getting back to driving the Mustang. 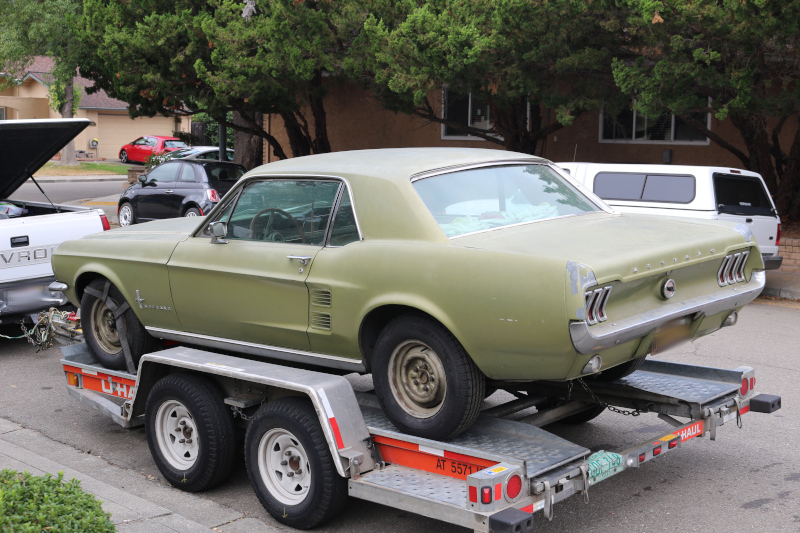 In my junior/senior year in high school, I wanted to buy my first car. A 60's Mustang was high on the list. In April 1987, Sandra saw a classified ad for a 1967 Mustang in Ontario, CA. We drove down to take a look and liked what we saw. On May 6, 1987, I purchased the 1967 Mustang Coupe for $2,850.00 from the original owner, 20 years after his initial purchase, with an odometer reading of 95,056 miles. The car was driven senior year in high school, through college, and two more years. In October 1993, after purchasing a new car, the Mustang was garaged in Southern California, with an odometer reading of 153,453 miles.

After talking with Jennifer, Jason, and Sandra, I decided it was time to get the Mustang running again. So let the jokes commence; it is a long story, but that is what happens with 35+ years of history between us.

Three things needed to get this project started; Get permission from Jennifer (wife), a space to work, and the Mustang in Northern California. Jennifer agreed to let me start down this road, woo-hoo! The garage was cleaned up and reorganized to allow for a workspace and storage. On September 9, 2019, Keith (father), Justin (brother), and I loaded the car onto a U-Haul car trailer. At 4 a.m., Justin and I started the drive up I-5 to Northern California.

The Mustang may not be driven every day but will not be sitting in the garage waiting for a special occasion before it is taken for a spin, so this will be a Restomod project. A restomod is a classic car that has been restored and modified. Modifications will mainly be safety and handling related, and a bit of performance.

The 1st Generation Ford Mustang 1964.5 – 1973 - On Friday, April 17th, 1964, the world was forever changed with the introduction of an all-new breed of sports car. The Ford Mustang arrived in Dearborn, Michigan and created a pandemonium unlike anything seen by the Ford Motor Company prior to its introduction. Demand for the Ford Mustang almost instantaneously overwhelmed the company’s ability to produce the incredibly popular automobile. Feuds to purchase the car were common and created an incredible amount of hype that only further escalated the demand for this iconic sports car.

1967 Ford Mustang – The Ultimate Guide - The 1967 Mustang brought the first major redesign. Although it was longer and wider, the Mustang kept the same wheelbase of 108 inches. The grille opening was made larger to give the Mustang a meaner look as the rear taillight panel was concave. The fastback now reached all the way to the rear of the trunk, and on all three models you could find simulated panel scoops on the rear quarters.

The hood was available with two recessed louvers. Inside the louvers were turn signal indicator lights visible to the driver. On the sides of the car, just behind the front doors in the rear quarter panels were simulated side air intakes. This differed from the smooth indents and chrome pieces found on earlier versions and was an easy way to tell a 1967 Mustang from the rest of the crowd. 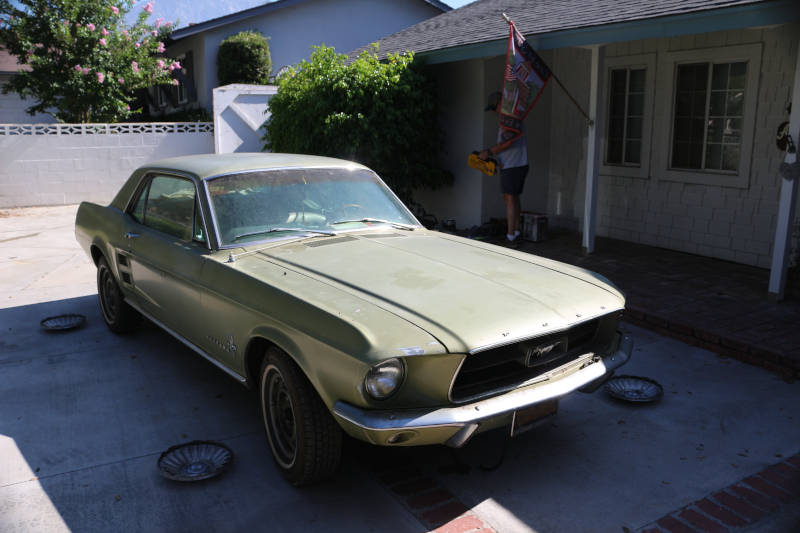 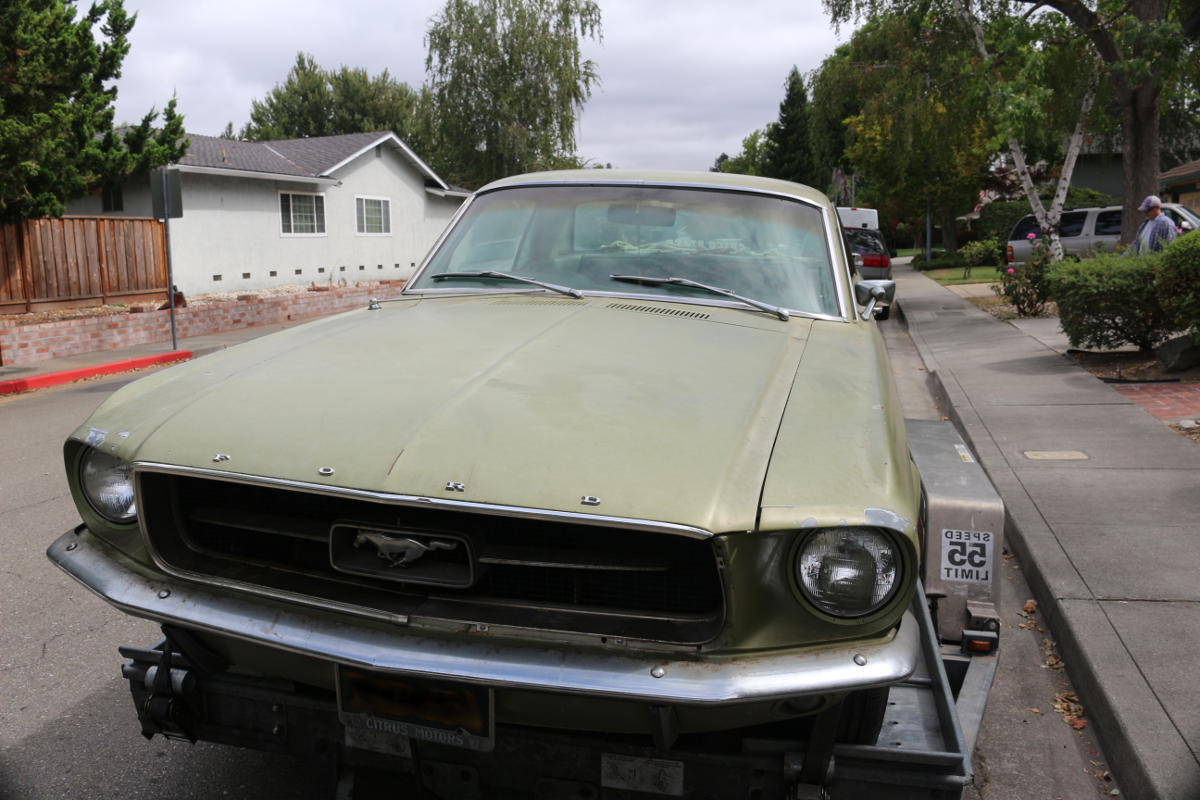 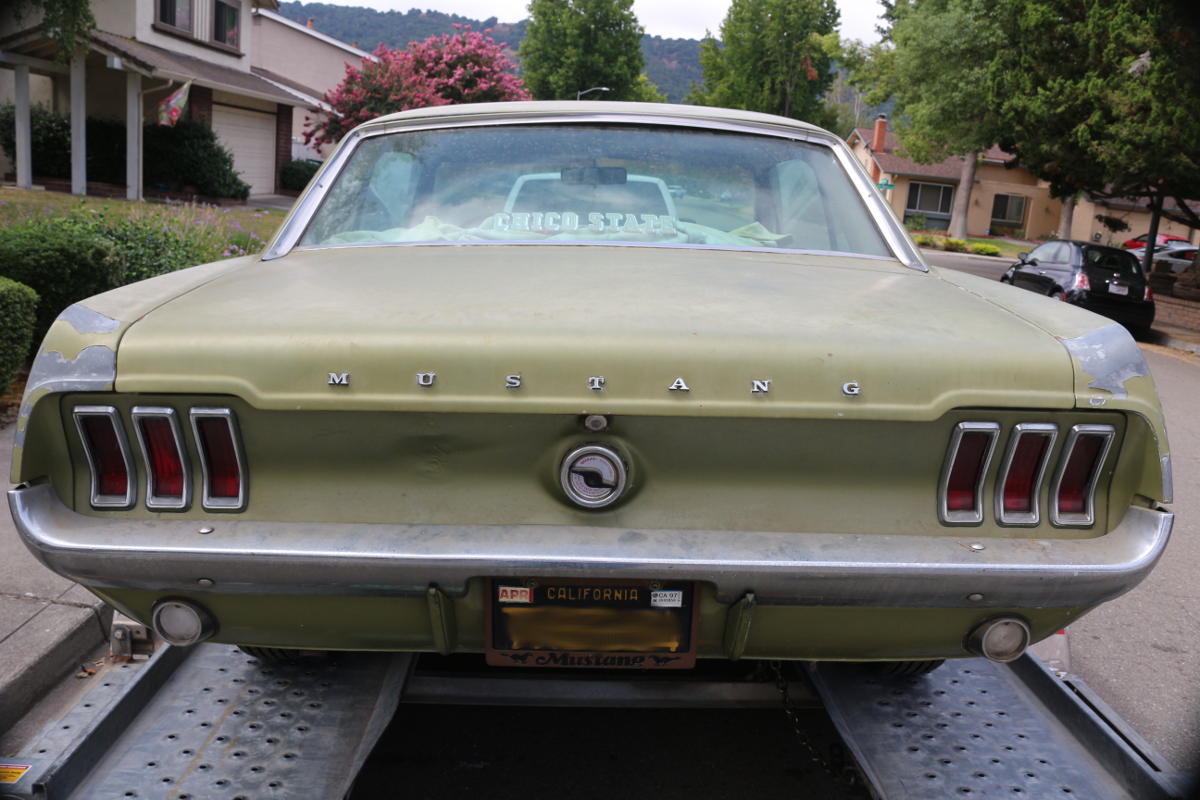 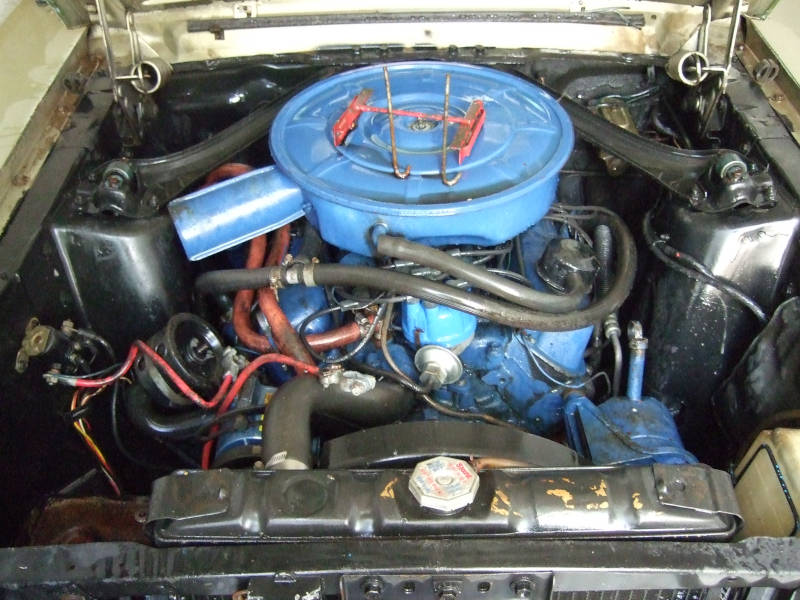 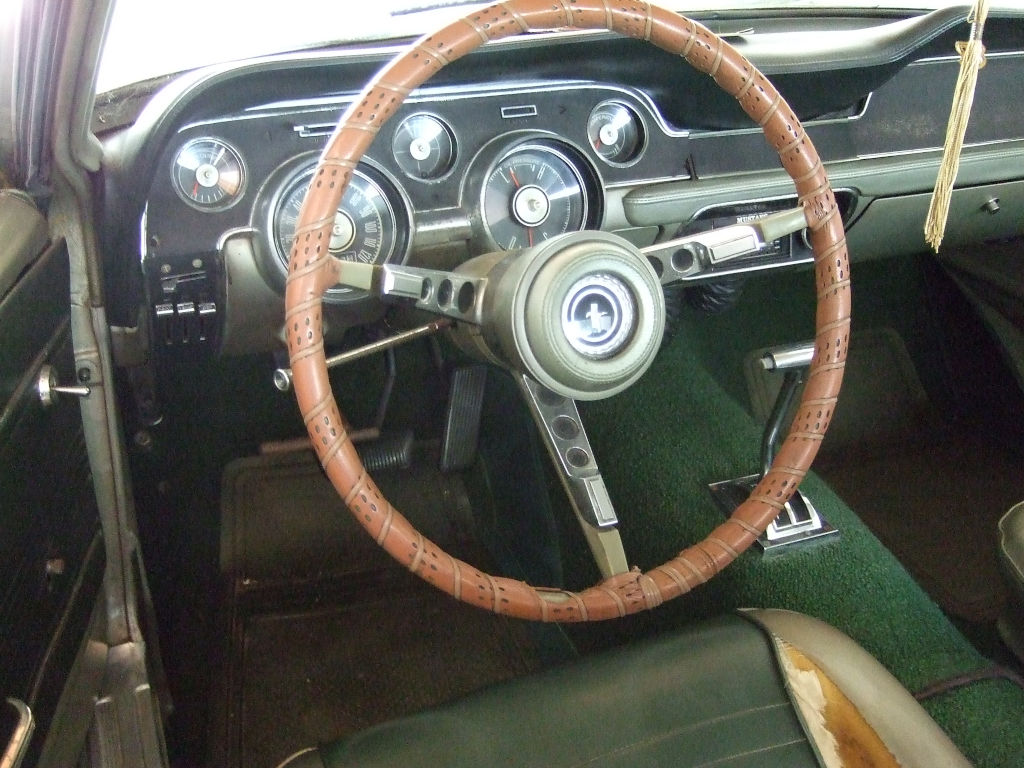 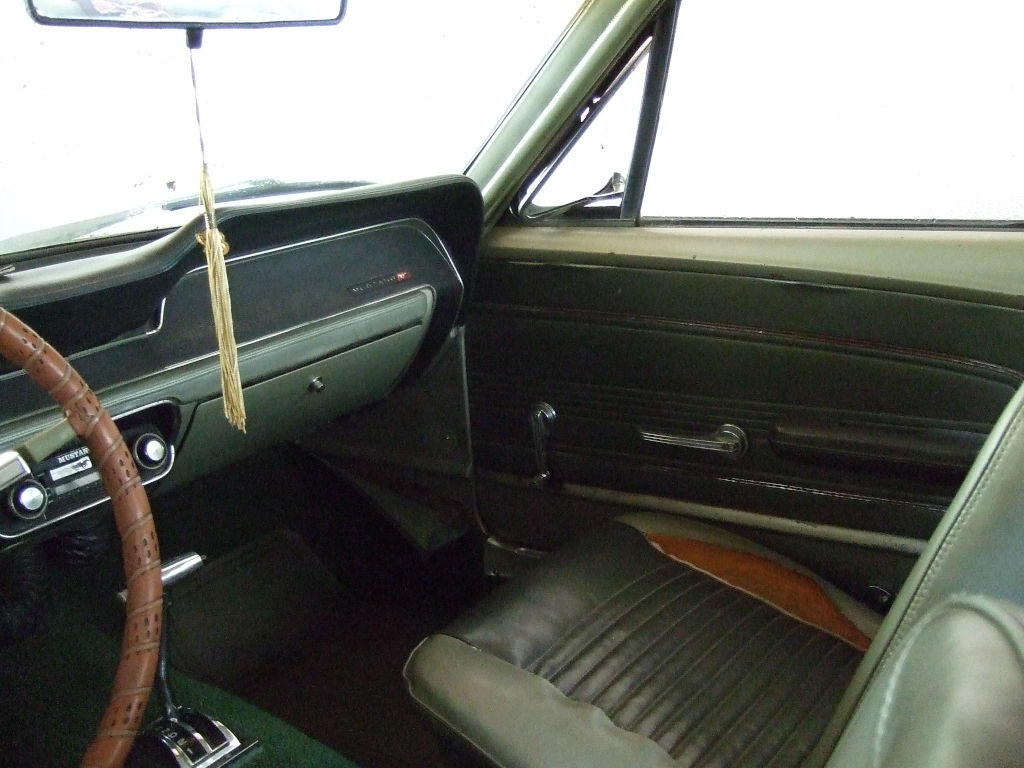 Autorestomod Manic Mechanic Gasoline Media - Autorestomod is about helping you save money on restoring or modifying your classic car or muscle car.

Classic Nation - The official channel for everything about classic cars, hot rods, and any vintage autos. From pro-touring to rat, lowrider to concours-restored, Classic Nation is the premier community for classic auto enthusiasts.

Budget Build Garage - Building cars on a budget. Watch how we restore, fix, update, and sometimes break any car we can get our hands on. Subscribe to our channel to get updated when we post new videos, every 2 weeks and eventually weekly.

National Parts Depot 1965-1973 Mustang - Restore or modify your classic Ford Mustang with the right parts from National Parts Depot. From correct emblems and decals to seat upholstery and sheet metal, NPD has everything you need. Whether it’s a base model coupe, convertible, fastback or sportsroof, or a GT, GTA, GT 350, GT 500, GT 500 KR, Mach 1, Boss 302, Boss 351, Boss 429, Grande or Shelby version of Ford’s Pony car.

Summit Racing Equipment - Restoration - Knock your restoration project out of the park with the parts, tools, and supplies you need to turn that barn find into the next show stopper. Summit Racing is your go-to source for all your automotive restoration needs, including interior and exterior components; engine, chassis, and drivetrain parts; paint and body equipment; wheels and tires, and much more!

Edelbrock - Edelbrock is the most respected name in performance! Since 1938, Edelbrock has manufactured its core products in the USA for quality and performance.

TMI Automotive Products. - TMI manufactures high-quality complete automotive interior components that are easy to install and are a reflection of our customer’s specific needs. 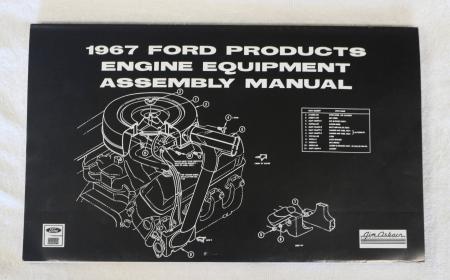 This is a reprint of Ford's original factory exploded diagrams and illustrations. This guide will covers items like air cleaners, fuel pumps and lines, heater hoses, pulleys, alternators, emissions, fans and fan shrouds. 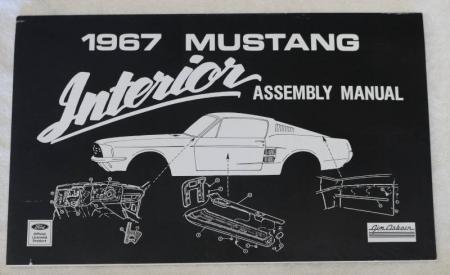 This reprinted manual shows you exploded views of the interior of your car and includes original part numbers. Use this manual to help you disassemble or reassemble the interior, and/or to help identify parts that may be missing or incorrect. 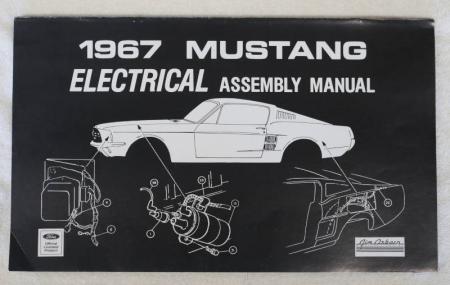 This reprinted manual shows you detailed illustrations of your car's electrical system and power accessories. In addition to conventional linear wiring diagrams, this book gives you dimensional diagrams of the wire routing plus pictures of the looms so that you can see exactly where the wires are situated in the car, where clips & connectors go, and what they look like. Includes color codes for wires. 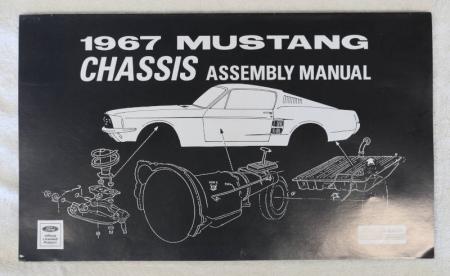 This reprinted manual gives you exploded views of mechanical parts, and includes original part numbers. Use this manual to help you disassemble or reassemble the chassis, and/or to help identify parts that may be missing or incorrect. 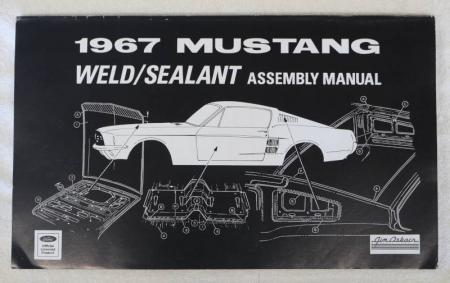 This reprinted manual gives you exploded views of the body of your car, which you can use to help you repair body damage. You will find out how to attach sheet metal parts to the frame; you will see assembly diagrams for fenders, quarter panels, wheelhouse, door hinges & doors, trunk hinges, trunk lid, roof rails, roof moldings, and roof panels.